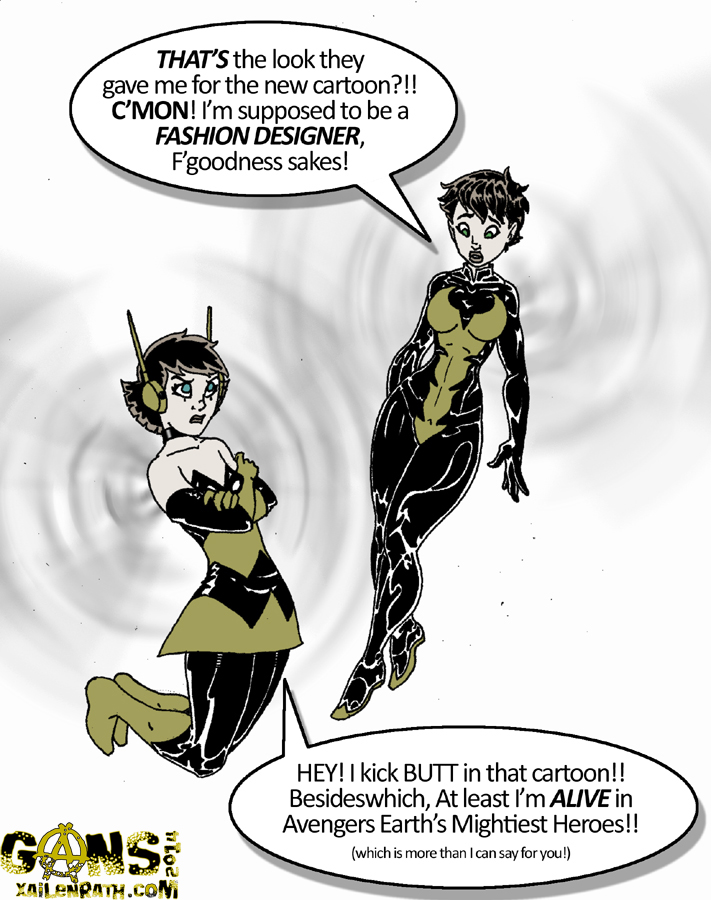 I am a Wasp fan, but I admit that I was originallly not a big fan of her "retro spacegirl" look in the A:EMH cartoon.

I did warm up to it, however, once I got into the show.
I heard that Cartoon Jan was pretty popular with other geeks.
Good, i had hoped maybe that'd spur Marvel to bring her back from the dead a little quicker.
No one stays dead for long in a Marvel comic, particularly not Avengers or X-Men.

Since I did this picture originally, back in 2011, they did bring her back to life. They didn't use her much until recently, and, true to form, they totally screwed her over.