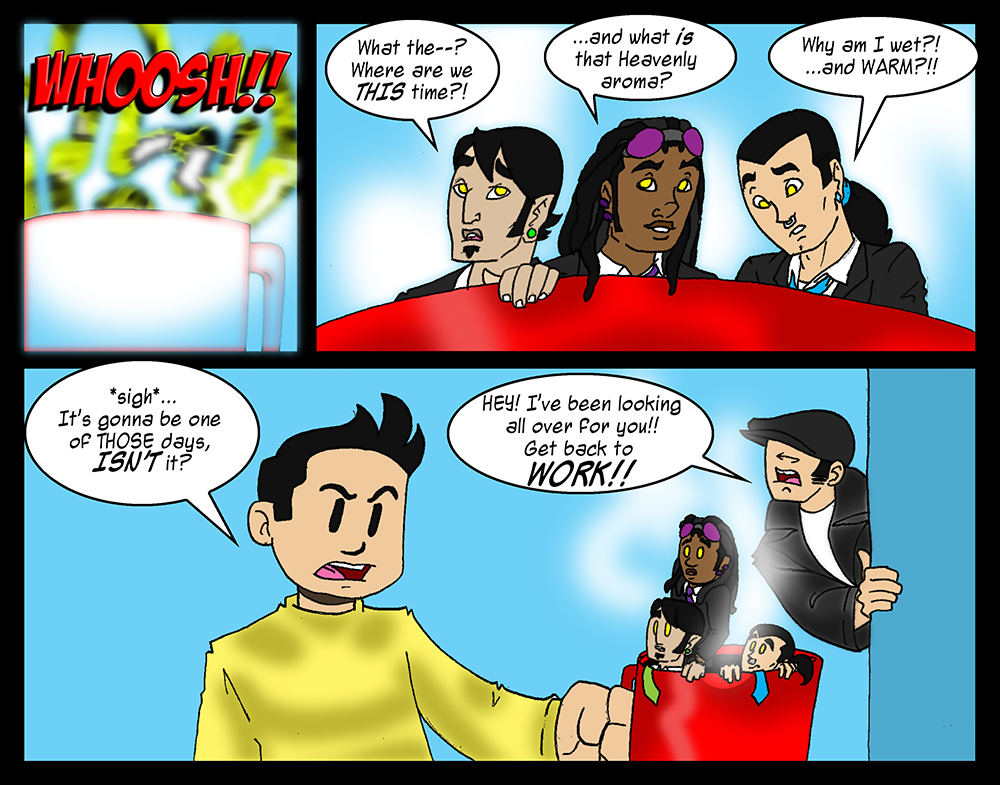 A strip of the old Misfits of Mischief comic featuring a cameo from the main character and creator of a comic that I miss dearly;
"ThatGuy".
I really wish they'd bring that one back, if only to give it a proper ending.

The Misfits of Mischief are still currently going on in a side comic called SHelterville Shuffle.
Go check it out!