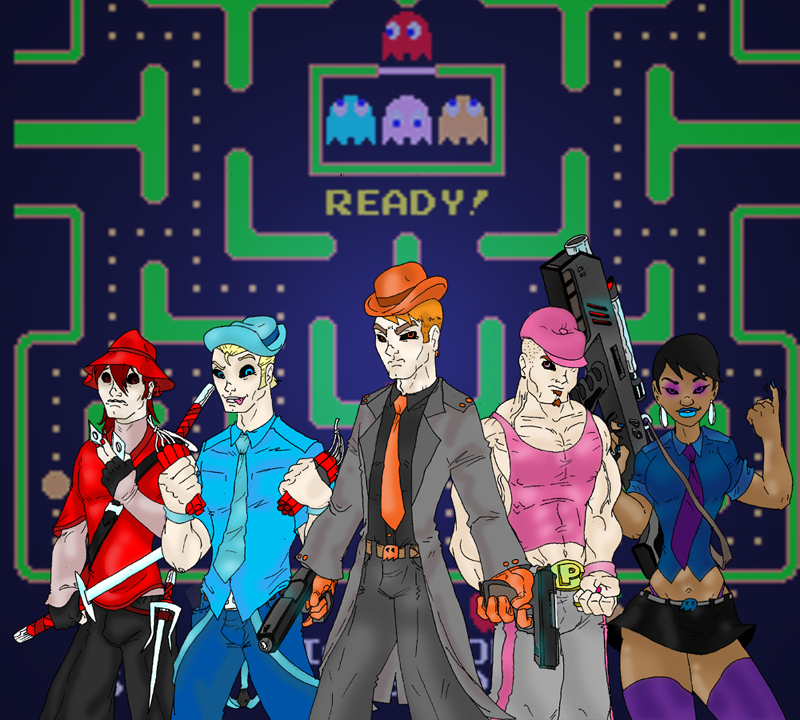 This shot was borne of a bizarre dream I had once, a few years ago, where I was a spy, running through Pac-Land, (the old 80's Pac-Man Cartoon version) trying to get a secret message to Pac-man.
The Ghost Monsters were after me, and, for some odd reason, they were human-style killer androids.
I don't know about my brain, sometimes.

It was from that dream and this bit of pseudo-fanart that I got the idea in my head to do a doujinshi-style fan comic. I hear that there's a new Pac-man, and I have already had 'debates' about it with a few fans, but, after seeing it and the changes, I stick by the original, and that is what I based the comic on.
The sketches and such will wind up here, and maybe someday, the finished product.

Blinky, Inky, Clyde, Pinky and Sue are ©the 80's by Namco and Hanna-Barbera