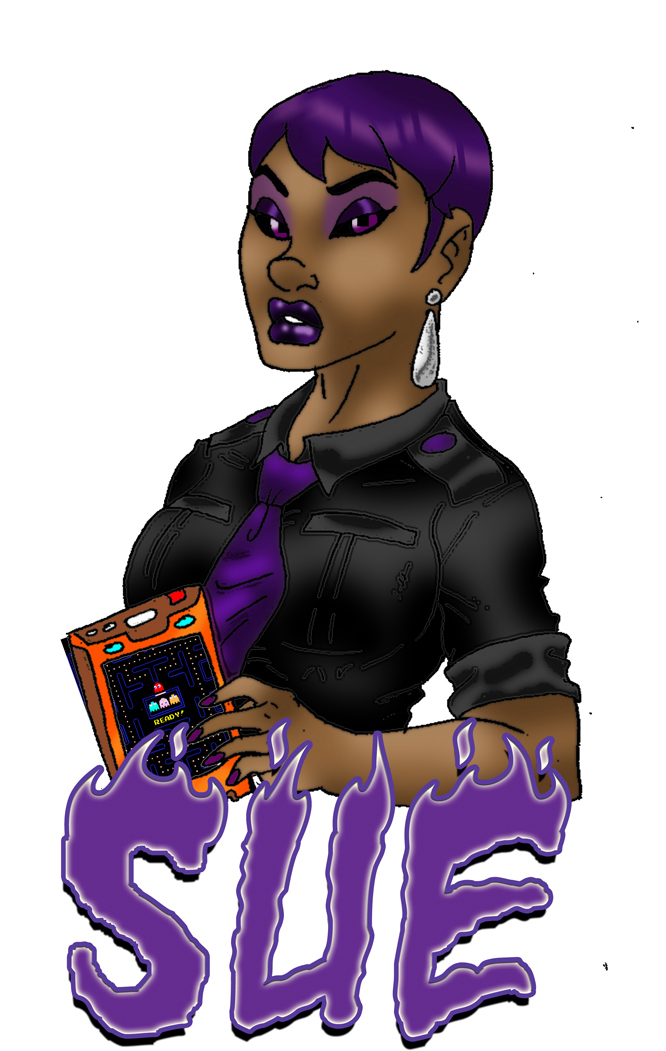 The second killer cyber-clone created by the rogue genius biogeneticist known as Mesmeron, "Seargent" Sue, aka Agent Virus, is second in command to Clyde, and the team's hacker.
She is bossy, sarcastic and demanding of her fellows.
her hacking skills are unparalleled and she has a deep hatred and rivalry for Pepper Pacman.
Though she will mostly use the 'super-tablet' she created for hacking purposes, at times, Sue can dislodge her 'fingernails' to reveal interface tools, wires and ports to add a 'personal' touch to her hacking. Basically, if it has a computerized operating system, it belongs to HER.
In the somewhat technologically advanced society of PacLand, Sue is Mesmeron's most powerful agent.

Her brain engrams and humanoid parts are cloned from a deceased Noremite military woman named Susette O'Lis who died in the massive annexation of the planet Norem by the Spherites, (Now known as "Pac-People".) Hers was the first body Mesmeron and his assistants obtained to created the GhostDroids.