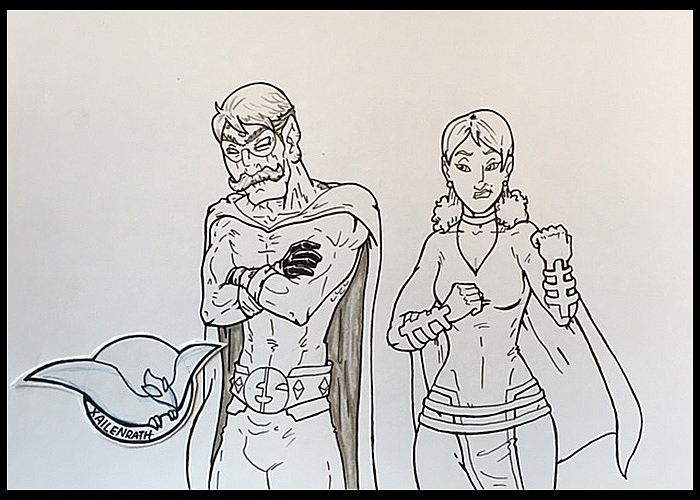 More linework practice, with just a pinch of grey pencil.
Elder Statesman is a creation of Johann-Octavius Gans, aka me. :P

Centennia is a creation of Paul Hoppe, aka The CosmicBeholder!

After an earlier pic of Neil Purcell's Dasien and m OC, Pristine, and the idea that they would instantly dislike each other, I thought about what other characters of mine would have a dislike of someone else's OC, and why.
Having gone back to drawing the Elder Statesman again recently, as well as a recent fanart of Centennia, I figured that the 2 of them would have a few things in common - Like both being just over a century old and both having superpowers. But, it is that very reason I think they wouldn't get along. I admit, I don't know that much about Centennia, but I am sure she's not the kind of lady who gladly suffers chauvinist bastards, which is what E.S. is, through and through.

I think that if they met, they'd wind up trying to murder one another after a while.