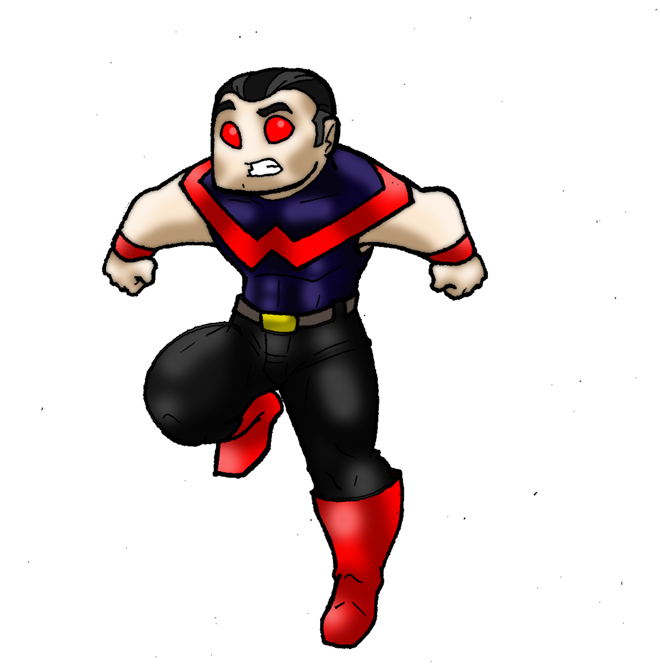 Another favorite hero of mine from Marvel who keeps getting the short end of the stick:

Simon Williams died in his first appearance in Avengers #9.
It would be the beginning of a pattern. He was brought back to life on 3 separate occasions, by 3 different villains before becoming an honest-to-Stan Avenger.
All 3 villains used him to attack the Avengers.

Mind you, he began his super-career as an embezzler, then, made into a metahuman by Baron Zemo and the Enchantress, in order to join and then betray the Avengers! He betrays the Masters of Evil, and in the process is killed.
His death caused his brother (who got him to become an embezzler in the first place) to go nuts, lop off his hand and become the supervillain known as The Grim Reaper.
During this particular death, his brainwaves are copied and used to create The Vision.

Not having much of a secret identity, Simon became an actor and stuntman in Hollywood. A career that seemingly went nowhere.
The Vision was destroyed and rebuilt without emotion, and his loving wife, Wanda "The Scarlet Witch" Maximoff asked Simon to donate more brainwaves to reboot her hubby, Simon's android "brother", but he declined, as he himself had fallen for her. Another pattern.
Shortly after that revelation, he is hypnotized by the Enchantress to attack the Avengers... again.

Soon after, Wondy gets his own ongoing book, which lasts about 25 issues or so. Living in Cali, pursuing an acting career.
His powers get altered when he gets caught in a NegaBomb explosion... which he SURVIVED. He is now a being of pure ionic energy that can change his shape into just about anything... including an EXPLOSION.

Still, he soon went to Hell and battled Mephisto, Blackheart, The Enchantress, and his own dead/undead/resurrected(?) brother, The Grim Reaper, where he found out that he was IMMORTAL. His series ends and then Force Works begins.
At the end of the first issue, IMMORTAL EXPLOSION SURVIVOR/IONIC ENERGY BEING/SHAPESHIFTER Simon Williams dies... AGAIN. In an EXPLOSION!

He is partially, then, later, fully resurrected by The Scarlet Witch. First as an ionic energy phantasm, then a solid man, whose powers now enable him to transform into an energy being... Also, he has grey hair. Poor bastard. He and Wanda become lovers, but that is shortlived, as she still has feelings for her former husband, the toaster with Simon's brain patterns.

Simon is blackmailed into working for SHIELD during Civil War, then rejoins The Avengers and has a short fling with Ms. Marvel. When Norman Osborn takes over, well, EVERYTHING, Simon is fired, then imprisoned, and suddenly develops an Anti-Avengers stance. This may or may not be do to an ionic energy leak. The ebb and flow of Simon's powers were once connected to his emotional mindstate. That may still be true, as now, after being very vocal about how he is now against the Avengers, he has formed a new group called The Revengers made of d-listers, former heroes, reformed villains and formerly dead metahumans, to try and Forcibly stop the Avengers from being heroes.

Hmm..
fluxuating powers.
Betraying the Avengers...
Possibly being used as a pawn.
Something tells me that at the end of all this, poor Simon's gonna wind up dead.... AGAIN.
It's all according to the pattern, I guess.