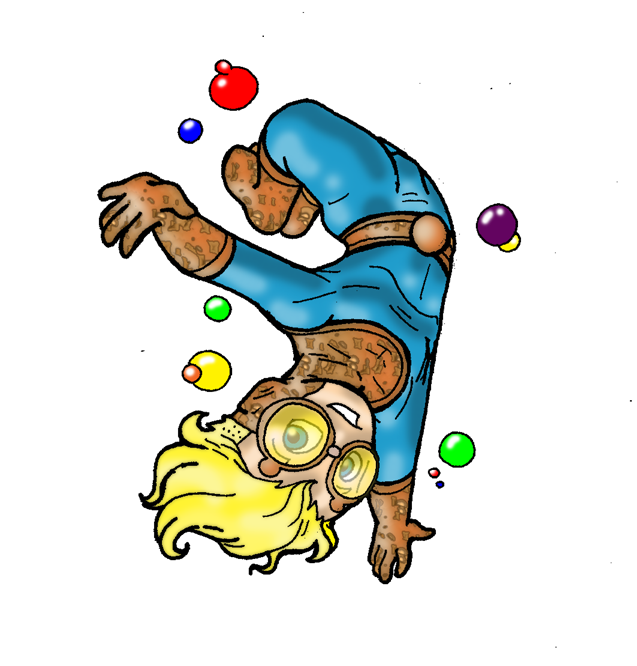 Speedball was once one of my favorite heroes.
A cool, unique power. An upbeat attitude when the 90s were all grim and gritty Wolverines, Punishers and Angry Hulks.
Part of a cool, diverse team that had their own thing going.

Then came the screwjob.
The New Warriors began to lose their way, and the writing got lazy and unfocused.
Then, Marvel, in a pointless effort to put all their comics under certain "family banners' addes Scarlet Spider to the new Warriors' roster, which made it a "Spider-man Book".
They gave Speedy a F#(*!^& trenchcoat!
They diminished his powers.
The book ended. They brought it back with only half the team present.
Nova had his own title and was still used, half-assedly, in the New Warriors. Firestar and Justice had gone over to the Avengers. Namorita turned BLUE for no apparent reason.
No Rage. no Thrasher, No Silhouette... see a pattern there?
That book ended after only about 9 or 11 issues, only to be brought back a couple of years later as some weird, cartoony Scooby-Doo reality show where the remaining Warriors
(Nova, 'Nita, Speedy, someone who may or may NOT have been the real Night Thrasher, as we never saw him without his mask and full-body armor, and he was acting AWFULLY out of character! and 2 new Warriors who were dumb, stereotypical throwaway characters just BEGGING to be killed off.... only ONE of them WAS, though.) travelled around the country to various BFE's busting d-list villains who were actually SMART enough to leave New York City, where there's 16 superheroes per square block! That idea COULD have worked if Marvel had taken it even SLIGHTLY seriously.

Anywho, along comes Civil War, where the New Warriors are blamed for the Stamford, Connecticut death of 620 people, even though it was clearly all Nitro's doing, according to a plan hatched by Damage Control, Inc., of all fucking people!

So, despite the deaths of Namorita, "Microbe", whoever the fuck he was supposed to be, and (not) Night Thrasher, the New Warriors became pariahs, and the posterchildren of the dangerous irresponsibility of young people with superpowers.
No one got the short end of the stick like Speedball, though, who's powers were, at first, ineplicably LOST in the giant eplosion, then, changed from bubbles of powerful kinetic energy from another dimension, to 'mutant'(?) broadcasting of bioelectricity generated by his own physical pain.
So, guilt-ridden, and being blamed for EVERYTHING, he goes to work for Norman "The Man" Osborn, wearing a portable Iron Maiden and calling himself "Penance".

Then, back to status quo.
Robbie Baldwin is Speedball again. Despite yet another short-lived and ill fated New Warriors series which neither he, nor any of the other REAL New Warrriors are a part of!
He is no longer a part of that team, and is now, still working for the very government agency (under new management, but still the same guys, sans Osborn) that blamed him for Stamford.
He's Speedball again, but older (FINALLY! Even though, for some reason, Firestar, most recently seen in Young Allies -whoever the fuck THEY are- despite being about 3 or 4 years older than Speedy, is portrayed like a 17 year old girl, instead of a grown woman who broke off her engagement, and survived cancer generated by her own powers, which she wasn't supposed to GET in the FIRST place, because hank Pym gave her a special suit YEARS ago that was supposed to prevent JUST THAT!!)
He's got his original powerset back, but it seems to be greatly diminished.
He appears to be an "instructor" for 'Avengers Academy -whoever the fuck THEY are- with Hank Pym and Quicksilver, among others, I guess trying to teach a bunch of psycho teens with superpowers to be 'good', so they can become Avengers.
(Even though, the Young Avengers - GOOD kids with powers AND personal connections to the Avengers- were told that THEY COULDN'T be Avengers.... WTF?!!)

Anyway, now would be a perfect time for Marvel to get it's collective head out of it's ass and bring back Speedball and the REAL Warriors!
(Who should have stopped calling themselves the "New" Warriors about a year into their career, btw...

Speedball is one of my (MANY) beloved heroes who got SHAFTED!

This concludes this rant.

I miss The New Warriors. I had the issue of Thor where they debuted...