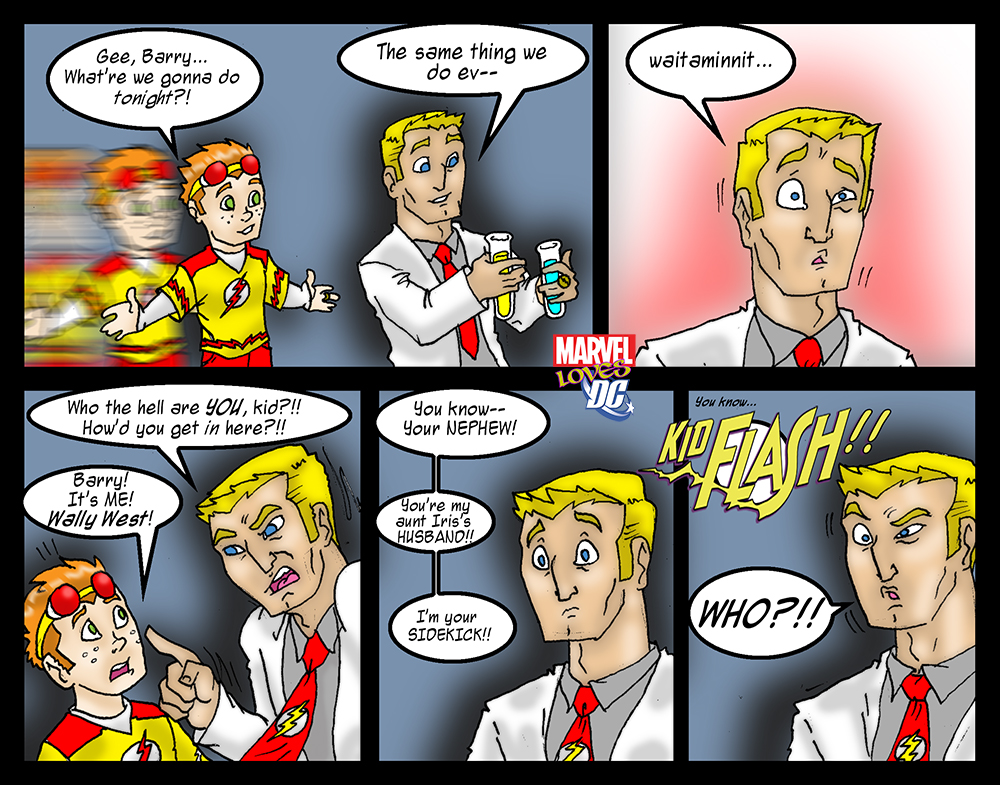 Here’s a comic about Wally West. I know that every time there’s a “Crisis”, a Flash dies, but this is getting ridiculous!
I’m STILL not over the cancellation of Young Justice, and of COURSE, they’d cancel the series just after Wally’s seeming demise!
I hear that in comics, he’ll be rejoining the illustrious NEW 52 DC after being wiped from existence.
Poor bastard. I can only imagine how many different flavors of ‘all-new, all-different, all-unnecessary‘ the fine folks at Didio Central are gonna heap on his head.

EDIT:
It's 2018 and Wally West Original Recipe has just recently returned to the DCU in Rebirth. Of course, they retconned him a heart condition. Seriously, like ON THE PAGE, IN THE STORY, went back in time to his teen years and pierced his heart and gave him a heart condition to where, as an adult, he can't use his speed for too long without DYING! Then, seemed to promptly fucking forget about that particular story element.
They literally RETCONNED THE RETCON almost as soon as it happened!!

Still good to have him back. Even if he does have to share his reality with a whole 'nother Wallace "Kid Flash" West, AND Barry Allen is still the Flash. What're they even gonna CALL him, as ALL THREE of his names are already taken?!