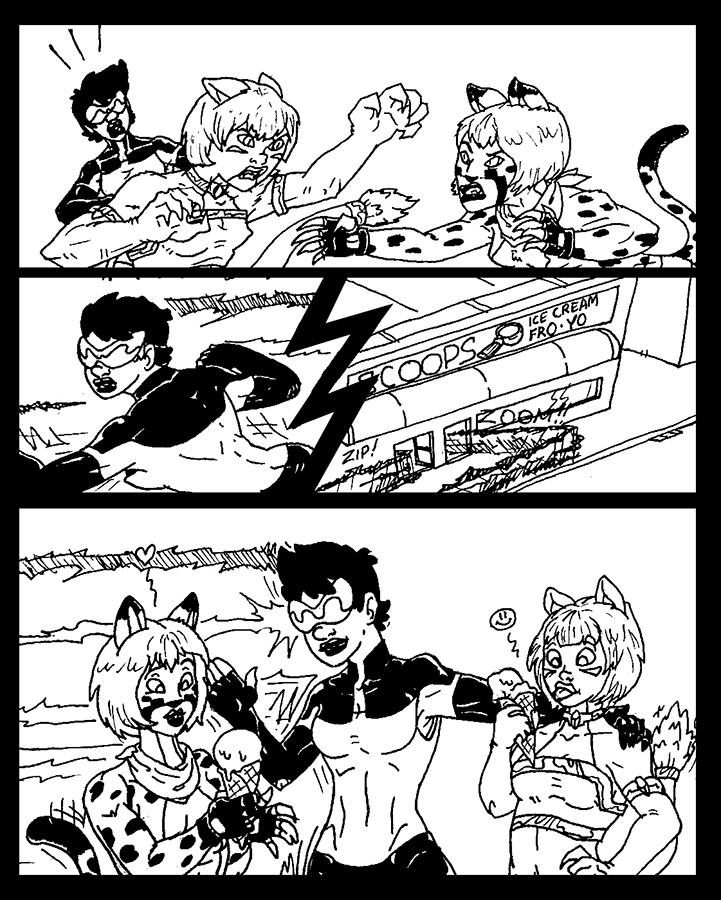 So, it happened that when Chitakra met Burst Lion, (in a previous bit of art by their creator) they didn't really get along.
Can ya tell?

I didn't know how BurstLion would end that pic, but, for some reason, I imagined Rush just happening by and seeing this.
She decides to take action: Buying ice cream!

After all, Rush has worked alongside Burst Lion and she has also run afoul of Chitakra and that altercation was over Orange Pineapple ice cream. Rush figures that if Chitakra was willing to fight her over Orange Pineapple ice cream, maybe the frozen sweetness could get her to STOP fighting Burst Lion!
She was right.
Who says superheroes only solve their problems by punching? Ice Cream is the REAL weapon!

Chitakra and Burst Lion are both OCs belonging to the artist known as BurstLion
Rush is a creation of Yours, Truly!