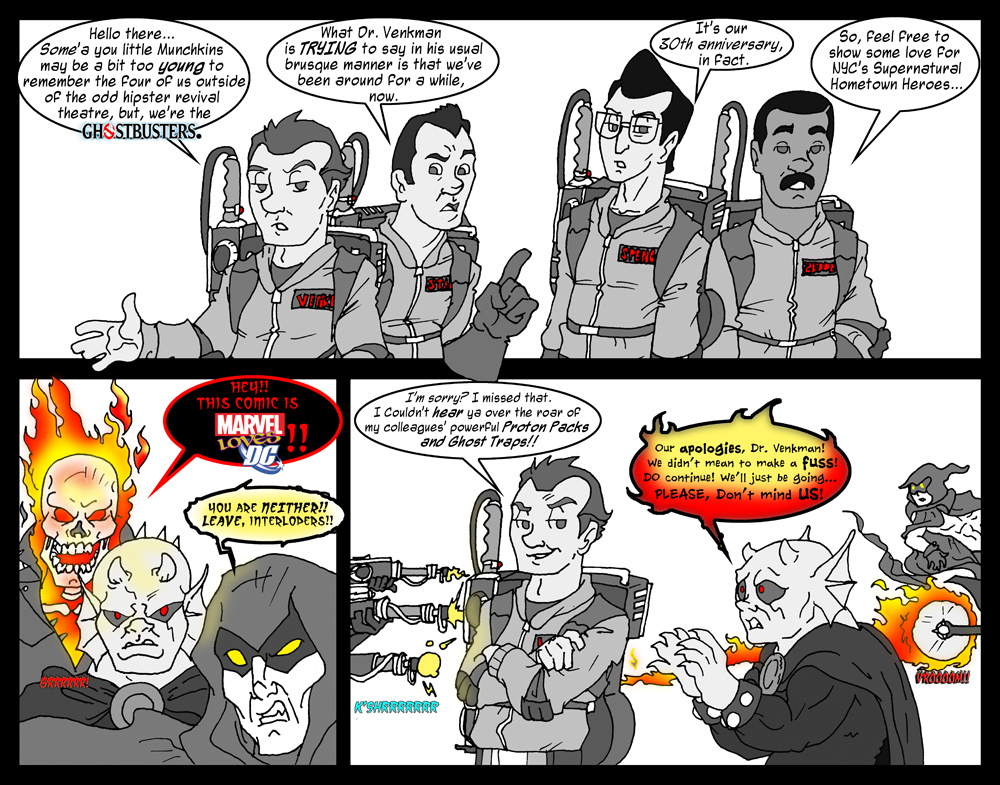 This was an anniversary comic/tribute to my very favorite movie of all time! Ghost Rider!

It was the first movie I ever saw in a proper movie theatre when I was ten or eleven years old! After 3 decades, we all still know Who We’re Gonna Call!
The designs for the Boys In Grey are largely patterned after those of Dapper Dan Schoening, who, at present is doing the official art for IDW’s Ghostbusters comic. Sadly, I hear that comic is coming to an end after the next few issues. But, what a ride!
==================
As of this posting, the comic has, indeed, come to an end, and it was a glorious tribute to the Boys in Grey.
Yes, I hear that there is a new, all-female Ghostbusters reboot coming. Yes, Ghostbusters is my favorite movie of all time. No, this does not "ruin my childhood" or whatever nonsense the Millennial Internet idiots are spouting. My childhood was a long time ago.
I lived through Slimer! (and the Real Ghostbusters.) I lived through EXTREME Ghostbusters. I even learned to LIKE that one after a while. I lived through NOW Comics' Real Ghostbusters comics. I will live through a new iteration of Ghostbusters lore whether it turns out to be a good movie or a bad one.