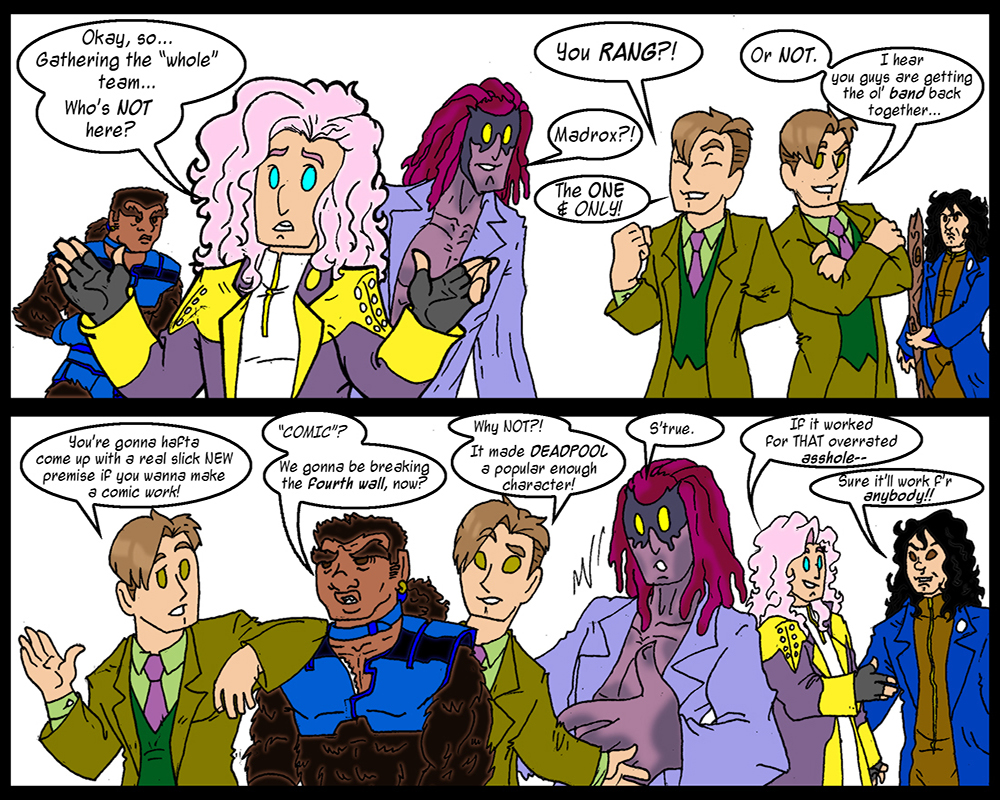 The long-awaited (by no one but ME) next page of my Nasty Boys fan comic.
This page introduces my favorite mutant, and favorite overall Marvel Comics superhero, Jamie "Multiple Man" Madrox, who was, indeed, briefly a member of The Nasty Boys.
.
.
.
.
*SPOILER ALERT!!*
.
.
.
.
.
Marvel (once AGAIN) killed him off in the first issue of "Death of X".
It seems that The House of "Ideas" just loves killing off the man who makes copies of himself. I guess they figure he's expendable.
Of course No one stays dead in Marvel. Jamie's already died, like, twice! Each time, they make SURE they point out that he's the REALLY REALLY REAALLLL Jamie Madrox, not a duplicate, but he always comes back. WHY?
*grabs megaphone*
BECAUSE ALL DUPLICATES ARE THE "REAL" JAMIE!! THAT IS LITERALLY HIS SUPERPOWER!! TO MAKE IDENTICAL COPIES OF HIMSELF THAT ARE THE SAME GUY, RIGHT DOWN TO THE BLOODY DNA!! THAT'S WHY JAMIE'S DUPLICATES CAN DUPLICATE!! THEY AREN'T ROBOTS, OR FAKES, THEY ARE JAMIE G-F-D MADROX!!!