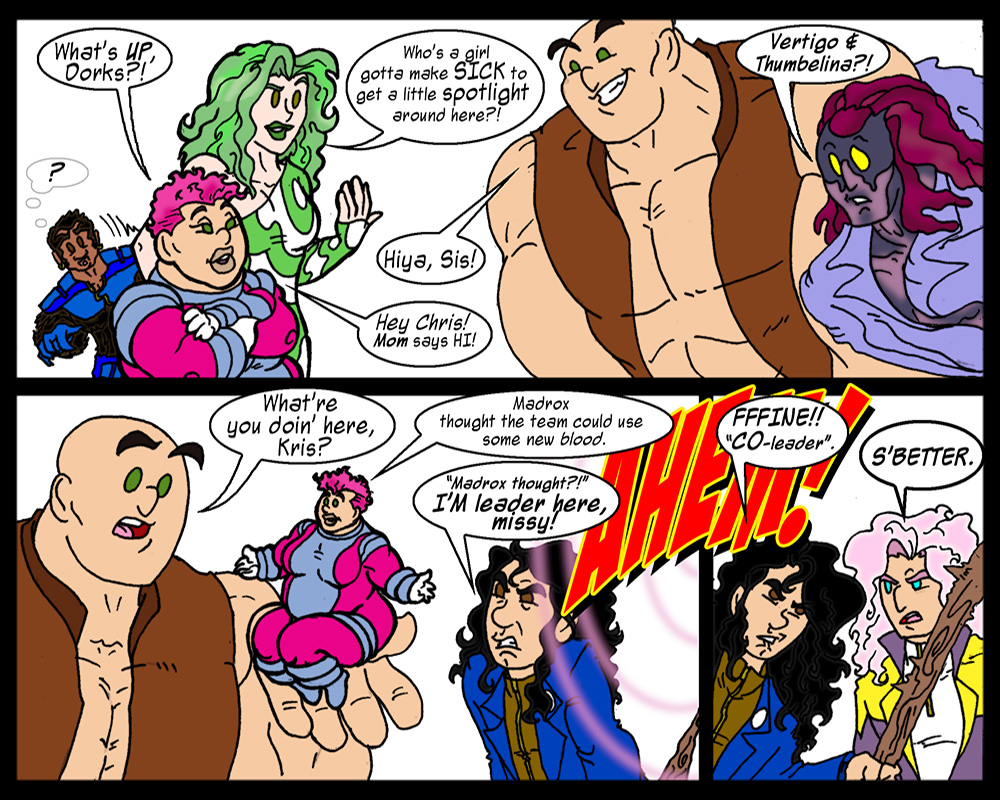 Adding Kristina Anderson, aka Thumbelina to the roster. She'd be a "legacy", as Christopher Anderson/Slab is her brother!
Vertigo? Well, if you go by the X-Men animated series from '92, then, Ol' Vert worked for Mr. Sinister, right alongside the Nasty Boys, though mostly in the Savage Land. Sure, she was one of the Marauders in the comics, but, we won't hold that against her. Her name is heretofore unknown, so, I MAY have to give her one!