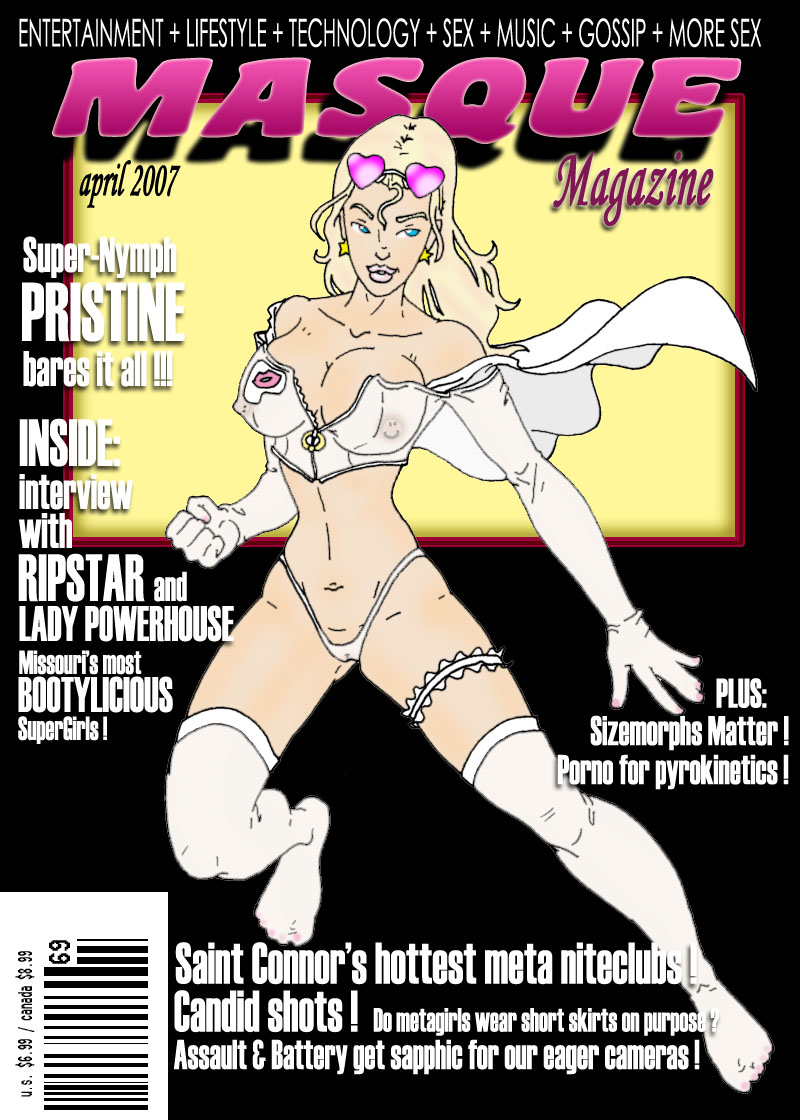 One of my older projects, Masque Magazine is the kind of magazine that I would have liked to have seen when I was younger.
Or made.
So I did.
Sorta.

I melded it into my other superhero projects by way of it's fictional creator/publisher, Damian Gray. A photographer and entrepreneur in Universe 84013-G who found that he had the ability to travel from parallel Earth to parallel Earth at will. He was fascinated by superpowers and superheroes, but,
instead of becoming a superhero, or whatever, he learned to do what he loved. Photography, journalism and such and founded a magazine in each of the Earths he traveled to.
(Each one that had superheroes, anyway.)

If you're wondering why this magazine is here in FANARTastic when Pristine and the others mentioned are all MY characters - simple.
This was the first cover, and eventually, the subsequent covers became sort of my love letters to the OC superhero community of DeviantArt back in the day, where I spent a lot of my time, energy and art mojo. I recently resurrected the project as something to do when I am bored or artblocked.
You'll see a lot of other folks' heroines on these covers.