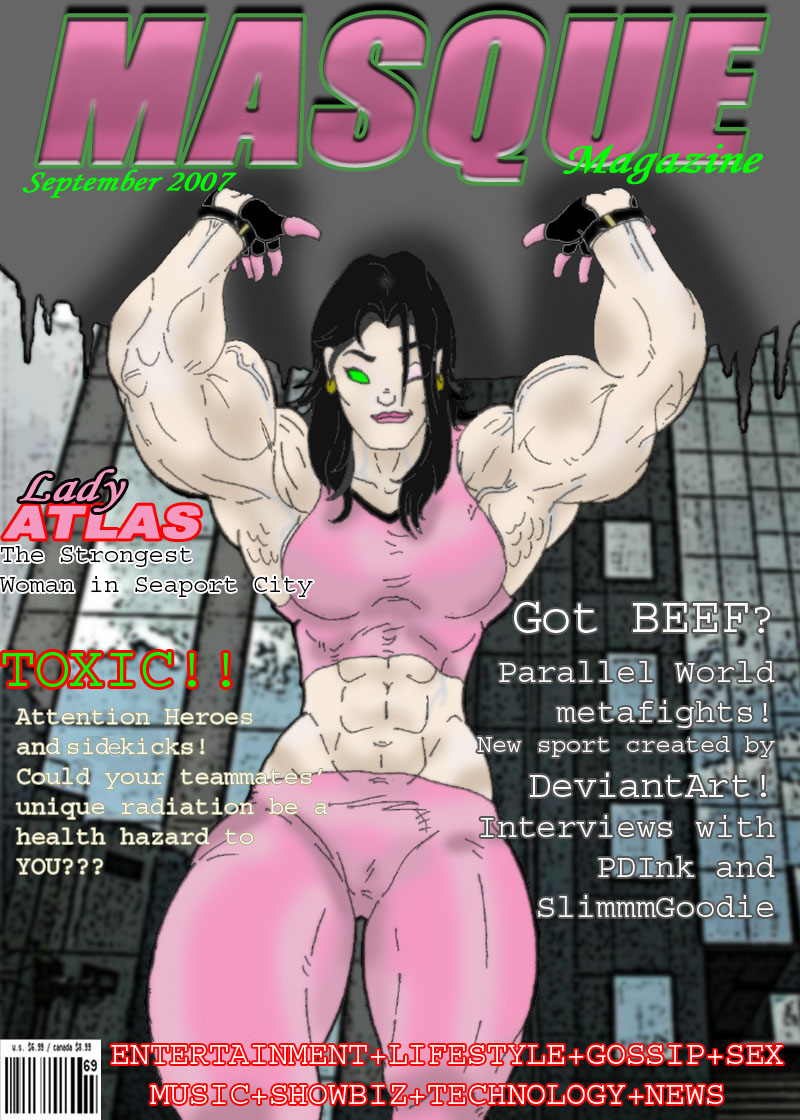 Originally from Universe 98073-J
(Called the Rapture-verse, as when strange lights from the sky beamed down across the Earth and gave exactly 10,000 people superhuman powers, it was referred to by the news media as "The Rapture".)
Joanie Laura Moran was a librarian. When struck by the Rapture, she gained superstrength unparalleled. She, craving action and adventure attempted to join the Police Department, but was denied. There were no actual superheroes on this world, but she did her part to help stop crimes and disasters. eventually the Mayor had her deputized, as her antics and physique drew many a tourist to her city of Seaport City, Washington. Though she doesn't really fancy herself a superhero, the media has dubbed her "Lady Atlas", and the name stuck.

On a balmy day in September, Masque Magazine caught up with Lady Atlas for a few pics and a cover shot.
Seems Joanie Moran now has all the adventure she craves, and still enjoys her work at the local Seaport City library.

If you couldn't tell, Lady Atlas was inspired by Joanie "Chyna" Laurer.