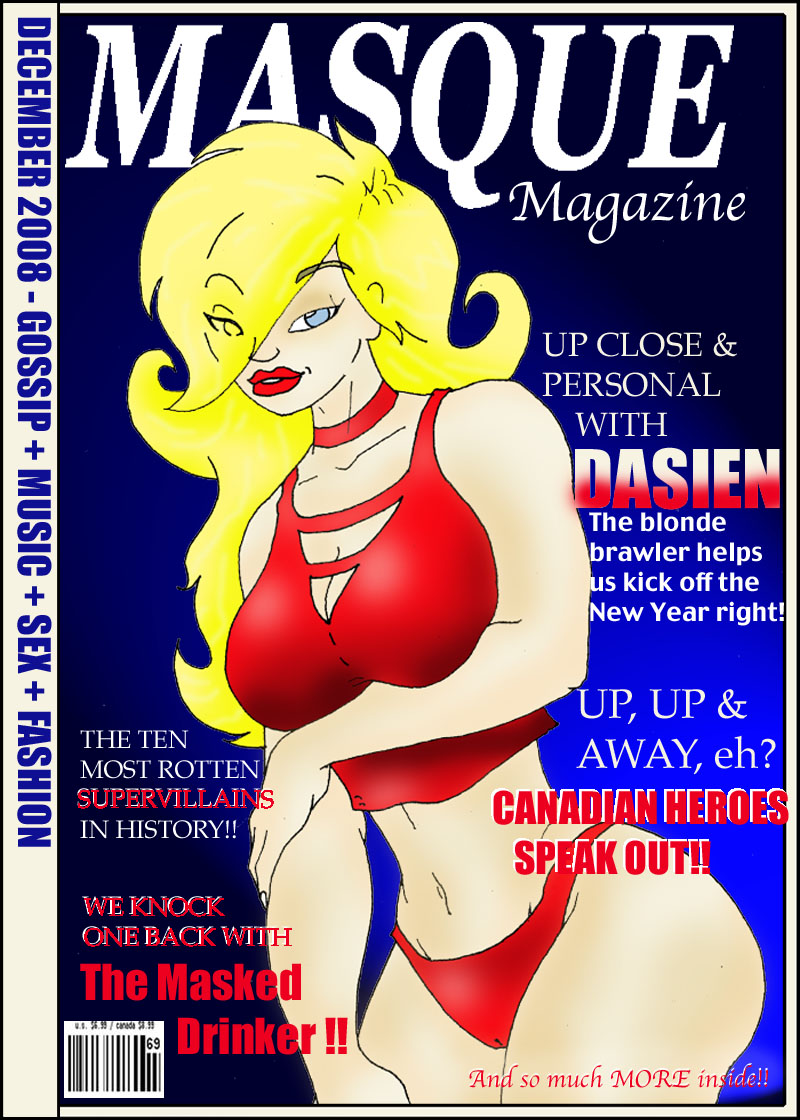 In December of 2008, Masque Magazine of Earth 14016-N featured the superheroine Dasien on it's cover. Apparently, at the time, there was actually some multiversal brouhaha* going on, and another Dasien in a black suit with a different hairstyle was seen in the thick of it.
Regardless, we were more than happy to get pictures of ANY Dasien, as was our interviewer, Parker Bailey, who, as it turns out, was a parallel counterpart to Dasien's own best friend in her native dimension.

Dasien and Parker Bailey are creations of one Neil Purcell